Is living in Calgary right for you? Well, as one of Canada’s most popular cities, Calgary has lots to offer to all kinds of people. In terms of quality of life, for 8 years the city has ranked in the top 5 most livable cities in the world according to The Economist.

Here are some quick facts about the city:

So, if you’re wondering if Calgary could be your new place to call home, continue reading to learn about some of the city’s greatest qualities. 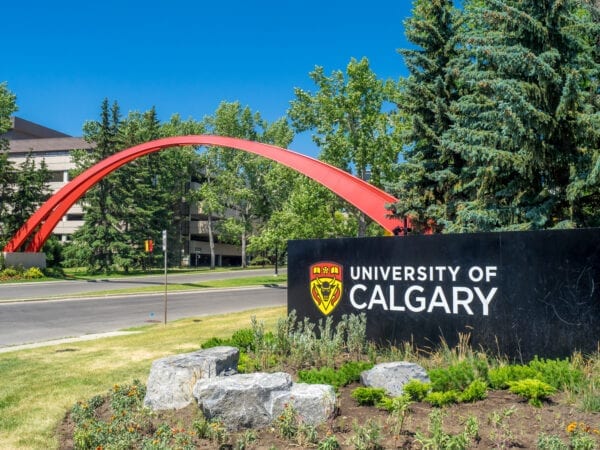 The inhabitants of Calgary certainly contribute to the city’s vibrancy. Out of all major cities in Canada, Calgary’s population is one of the youngest and most educated. As a result, there are countless schools in the area. Moreover, Calgary is home to two major post-secondary institutions – Mount Royal and the University of Calgary. These two schools alone serve approximately 50,000 students annually, in addition to other local colleges in the region.

According to Statistics Canada, this year the median age in Calgary is a young 37.6 years.

Furthermore, census results from 2016 show that 70.2 percent of the Calgarian population is between the ages of 15 and 64. All in all, the youthfulness of Calgary’s inhabitants helps the city thrive both in its business and social scenes.

If cleanliness is something you truly value in a city, then Calgary may just win you over. With a population of more than a million, it’s notable that Calgary happens to be often recognized as the cleanest city in the world. The city puts a lot of effort into maintaining its cleanliness, and it shows. The municipal government of Calgary focuses on five main cleanliness factors: water cleanliness and availability, sewage systems, traffic congestion, waste removal and recycling, and air pollution.

One way the city remains tidy is by having heavy bylaw fines for littering. For example, if you were to drop a cigarette butt onto the sidewalk, you could be charged a whopping total of  $500-$1000. In addition to having big fines, Calgary has some great waste management and recycling programs set in place. Lastly, the city cleans a lot of the city’s streets every spring, not only the major roads. In short, all of these factors contribute to shaping a super-clean cityscape. 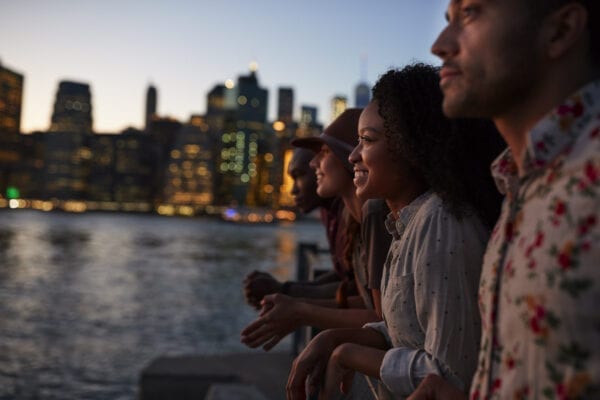 Do you enjoy living in a multiculturally diverse city? If that’s the case, Calgary may be perfect for you. Calgary is the third most diverse major city in Canada and is also home to more than 120 spoken languages. Nearly 1 in 3 people living in Calgary was born outside Canada, so the city is very diverse. Immigrants who live in Calgary are mostly Filipino, Indian, and Chinese. In addition, Calgary is often the first choice for many “second movers”. These are people who moved to Canada, settled, then relocated again. Clearly, people of all ethnic backgrounds are fond of the city for one reason or another. Ultimately, the diverse cultural perspectives inspire creativity and innovation in the city. Business, art, and local events all benefit from the diverse culture of the city. If you appreciate a multicultural city, Calgary may be right for you.

One of the most unique forms of infrastructure in Calgary is its plus 15 covered skywalk system. Named after the height above the street below, there are countless plus 15 bridges scattered all throughout the city. As a matter of fact, this distinct indoor transport system is the most intricate and expansive system of its kind on Earth. The plus 15 system is the world’s largest collection of footbridges linking buildings, totalling roughly 16 kilometres in length.

Although the system has many benefits, it does result in less foot traffic on the streets. For this reason, the city is reviewing the plus 15 walkway to figure out a way to support nightlife and street-level business. Overall, having an innovative downtown skywalk system is great for people who value convenience and like to escape the weather outside. 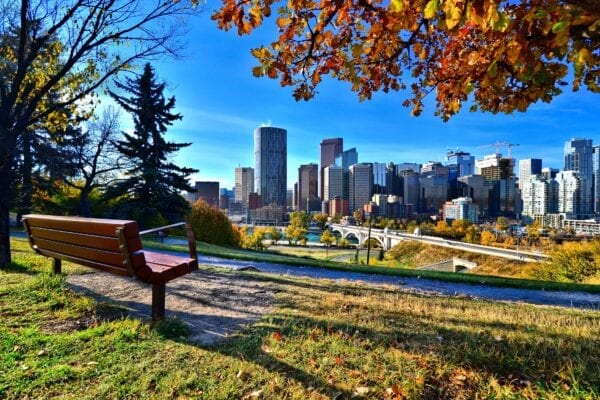 Although Calgary is a wealthy city, its cost of living is much lower than other popular western cities, such as Vancouver. This is partly because Alberta has no sales tax. If you move to Calgary, you’ll only have to pay the 5% federal Goods and Services Tax. In contrast, people who live in provinces like Ontario and Quebec have to pay a combined 15% provincial and federal sales tax. In essence, if you like saving money on shopping, living in Calgary may be right for you.

Additionally, Calgary has some of the most affordable rent prices compared to other cities of its size. The city’s recovery from its most recent economic recession has made sure house prices and rent remain competitive. In short, this is wonderful news for newcomers to Calgary. There is an abundance of rental properties in the city. Also, the rental prices aren’t too crazy. For example, renting a standard one-bed apartment usually costs $1000 per month, while a space with another bedroom costs about $300-$400 more. Generally speaking, Calgary is great for those who may desire to keep their cost of living low while still being able to enjoy the benefits of a nice city.

Is Calgary Right for You?

Deciding on where to relocate is always a big task. If you’re looking for a great all-around city, Calgary could be right for you. Are you in search of a trusted mover? Sparta Movers was named one of the best movers in Calgary by MovingWaldo in 2021.

If you happen to be moving to the province of Alberta, check out our blog post on the first steps you should take when you arrive.