MOVING FROM BC TO ALBERTA – EVERYTHING YOU NEED TO KNOW

MOVING FROM BC TO ALBERTA – EVERYTHING YOU NEED TO KNOW

MOVING FROM BC TO ALBERTA – WHAT YOU SHOULD KNOW 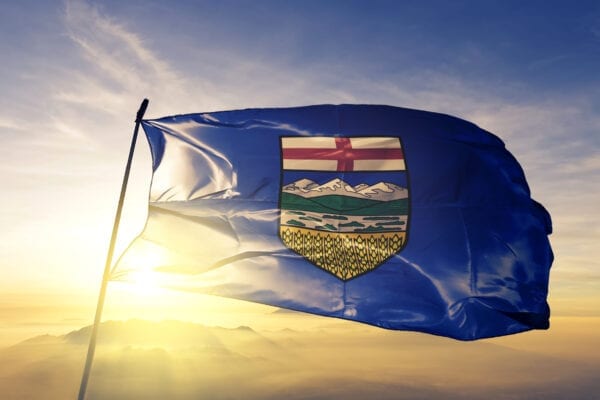 If you’re considering moving from BC to Alberta, you’ll want to read this first!

As two of Canada’s westernmost provinces, BC and Alberta have a lot in common. But there are also some key differences that you should be aware of before making the move. Here’s everything you need to know about moving from BC to Alberta, from the cost of living to the job market and what to expect when you arrive.

Let’s talk about what you should know before making the move!

The cost of living in Alberta is generally lower than in BC.

If you’re moving from BC, you’ll find that the cost of living in Alberta is generally lower than what you’re used to. This is especially true in larger cities like Calgary and Edmonton, where the cost of rent and groceries is significantly lower than in Vancouver.

Taxes are also lower in Alberta than in BC, which also contributes to the lower cost of living. In fact, Alberta has the lowest tax rate in Canada!

The job market in Alberta is steady.

If you’re looking for work, Alberta is the place to be. The province’s economy is currently booming thanks to various industries including agriculture, energy, and tourism. Jobs have been increasing steadily over the past year, so you should have no problem finding work in Alberta.

Compared to BC, you’ll likely see more job opportunities in Alberta’s larger cities like Calgary and Edmonton. However, there are also plenty of opportunities in smaller towns and rural areas.

Alberta has a beautiful landscape.

One of the best things about Alberta is its stunning landscape. There’s so much to explore from the Canadian Rockies to the Badlands in this province. BC isn’t the only place with beautiful scenery!

If you love the outdoors, you’ll want to consider moving to Alberta. The province is home to numerous national parks and offers plenty of hiking, camping, and skiing opportunities. Here are some of the most popular places to visit in Alberta:

Alberta is home to the cleanest city in the world.

If you’re moving to Calgary, you’ll be living in the cleanest city in the world! This title has been given to Calgary numerous times by various organizations, most recently Mercer in 2014.

Not only is Calgary clean, but it’s also a great place to live! The city offers a high quality of life, with low crime rates and plenty of job opportunities. If you’re moving to Alberta, Calgary is definitely worth considering.

Housing is more affordable in Alberta compared to BC.

With high housing prices in BC, you may be looking for a more affordable place to live. Many people are deciding to move to Alberta for this reason. Cities like Calgary and Edmonton offer a wide range of housing options, from apartments to single-family homes, and the prices are much lower than in BC.

The average house price in Calgary is less than $500,000, which is significantly lower than the average price in Vancouver ($1.3 million). If saving money on housing is a priority for you, Alberta is the place to be.

If you’re tired of the rainy weather in BC, you’ll be happy to know that Alberta has a drier climate. The province sees less rain and more sun than BC, making it a great place for those who love sunny days.

Of course, the weather in Alberta can vary depending on where you live. On top of that, winters can be quite snowy, which is something to keep in mind if you’re not a fan of cold weather. For avid skiers and snowboarders, however, Alberta’s winters are a dream come true!

In BC, it’s not uncommon to find small apartments and houses that are cramped for space. If you’re moving to Alberta, however, you’ll find that homes are generally more spacious. This is especially true in rural areas, where you can find large properties at affordable prices.

Most Albertans’ homes are between 1000 – 1500 square feet, which is a decent size for a family. If you’re looking for more space, you’ll definitely find it in Alberta.

The people are friendly in Alberta.

If you’re moving from BC to Alberta, you’ll be pleasantly surprised by the friendliness of the people. Albertans are known for being down-to-earth and hospitable, and you’re sure to make some great friends in your new home.

Of course, every province has its share of friendly people, but you’ll definitely find a warm welcome in Alberta.

Tips for Moving from BC to Alberta

Are you wondering how to make the transition from BC to Alberta? Here are the steps you’ll need to take:

1. Get a driver’s license

You’ll also need to register your vehicle in Alberta within 90 days of moving. You’ll need to get an Alberta license plate and insurance.

If you have a BC health card, you can continue to use it for up to three months after moving to Alberta. After that, you’ll need to apply for an Alberta health card.

Make sure to update your address with the government, your bank, and other important organizations. You can do this online through Service Canada.

Working with a team of reliable movers is the best way to make sure your transition from BC to Alberta goes smoothly. They’ll handle all the heavy lifting and ensure your belongings arrive safely at your new home.

Looking for a moving company? Sparta Movers are here to help! We’re a professional moving company based in Calgary that specializes in long-distance moves.

Enjoy all that Alberta has to offer!

By following the tips above, you can make sure your transition from BC to Alberta is as smooth as possible.

Looking for more information on moving to Alberta? Check out our other articles!