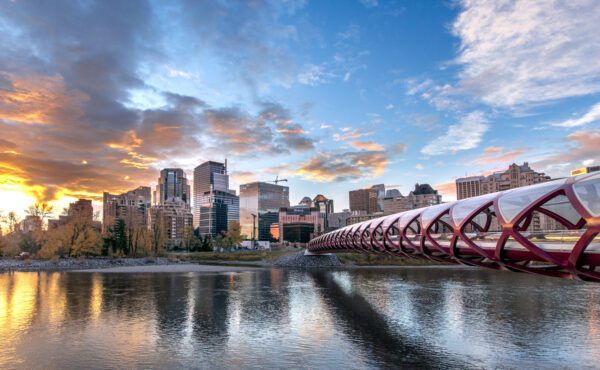 There’s a lot you should consider before moving to and living in Calgary, Alberta. Home to roughly 1.5 million people, there’s something for everybody in one of Canada’s most well-rounded cities.

Calgary is a place that every single person you meet will be instantly impressed with, and it’s not hard to see why. Whether it’s the Calgary Tower and Stampede grounds in summer or the ski jumping facilities at Canada Olympic Park in winter, there’s an event for everyone year-round. You’ll find everything from the rolling foothills of the Canadian Rockies to water and fire elements at every turn. It’s a place with just as much natural beauty as urban beauty. Calgary is a place that will not let you down, and one of the most welcoming places to live in Canada.

If you’re planning to move to and live in Calgary, it’s important to learn more about the city; so here’s our run-down of everything you should know:

Being one of the most popular cities in Western Canada, Calgary attracts a wide variety of people – and a lot of them. As of 2016, Calgary has a population density of 1,329 people per square kilometre (3,442/sq mi) spread over 825 square kilometres.

Furthermore, Calgary is also home to an extremely diverse mix of ethnic groups and cultures, including over 300 hundred different nationalities represented. Calgary has one of the highest concentrations of visible minorities in Canada, ranking third out of major Canadian cities. As a result, the city boasts a diverse culture and is considered a global city.

Is Calgary safe to live in? Fortunately, Calgary is a relatively safe city to live in. Calgary has only a small percentage of serious criminal acts, and its Crime Severity Index is lower than other Albertan cities listed by StatCan on their crime report. For the most part, it’s safe to walk anywhere in Calgary during the day. The city is full of countless great, safe neighbourhoods to live in.

Like any place though, shady business is more likely to happen at night. A couple of places, including the East Village and Victoria Park areas, should be avoided at night due to higher populations of homeless individuals and drug users. These places aren’t necessarily dangerous to travel through at night, but you may feel uncomfortable doing so.

Cost of Living in Calgary, AB

Depending on your lifestyle, the cost of living in Calgary can vary greatly from person to person. If you are particularly concerned about finances, you should know that it is entirely possible to get by in the city on a bare minimum income. Food and drink, basic clothing items, housing (rent/mortgage), utilities (phone, cable internet, power), and transportation (monthly public transit pass, car insurance) are all relatively affordable.

In fact, Calgary is often considered to be one of the most affordable cities in the world. After all, the cost of living index in Calgary is 69.85, which is lower than Canada’s average. But, the city is actually more expensive than many other Canadian cities, so you’ll still need to consider your budget carefully.

If you want to get a more detailed look at the cost of living in Calgary, check out our blog post on this topic.

Calgary is full of spectacular schools for children and it also has many post-secondary institutions for older students as well.

The Calgary Board of Education manages more than 210 public elementary and high schools in the city. The CBE school system is divided into 5 areas, and there is a website associated with each region. In addition to the public school system, there are also other alternatives. Private schools, Catholic schools, and charter schools are all options for students.

For recent high school graduates, Calgary has some strong universities and colleges to offer. The University of Calgary and the Southern Alberta Institute of Technology are among the most popular post-secondary institutions in the city. Many students come from all over Canada and around the world to pursue their studies in Calgary. 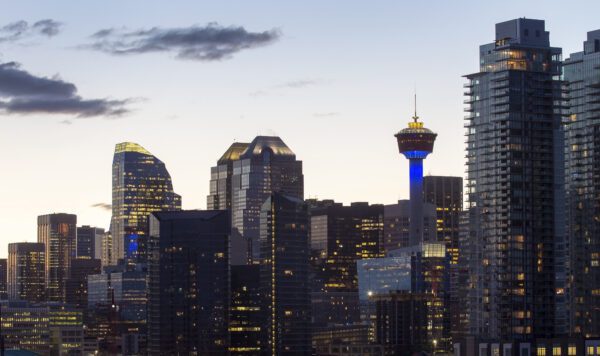 The climate in Calgary is continental, meaning it experiences quite a large variation from month to month. Calgary is affected by varying seasonal temperatures, with warm summers and very cold winters. Both spring and fall are among Calgary’s most pleasant times of the year, with mild daytime temperatures and lots of sunshine.

But, even though Calgary’s climate is unpredictable, it tops the sunniest places in Canada with 333 days of sunshine per year. In the winter months, snowfall is also the highest of anywhere in Canada. This snowfall occurs on average 75.3 days throughout the year, and the city often sees a lot of precipitation.

It’s important to note that Calgary can experience extremes of temperatures from one month to the next. In fact, the temperature can be as much as 30 degrees warmer or colder than usual in just one day! During the winter months, Calgary has a very low temperature of -19°C and an average high of 1.8°C. In the summertime, heat can reach up to a maximum temperature of 35°C–40°C.

Regardless of which neighbourhood you end up living in, you’ll find that the city has a lot to offer. Whether you’re looking for landmarks, parks, shopping centers, dining options, or other entertainment venues—you won’t have trouble finding them in Calgary. And since Calgary is near the mountains and a few National parks, it’s an exciting place to live!

Want to learn more about the safest neighbourhoods in Calgary? Click here!

If you’re going to be looking for work when you come to Calgary, you’re going to have a lot of options available to you. In fact, Calgary is the economic engine of Alberta and Canada.

There are many different industries that do business in Calgary at all times. Financial services, oil and gas, technology, construction, engineering, manufacturing—the list goes on. Calgary is the economic centre of Alberta and Canada so there are literally hundreds of jobs to be had.

And since so many businesses do business in Calgary on a daily basis, it’s also possible to find seasonal work during the holidays or when demand is high. If you’re interested in finding a new career or starting your own business, Calgary is a great place to start! Websites like LinkedIn and Indeed are great resources for helping you search for jobs in Calgary. 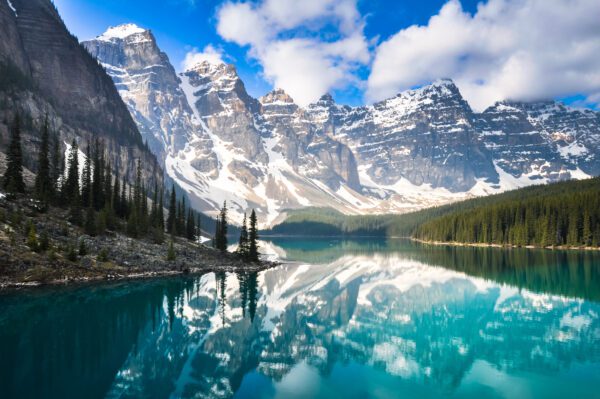 Things to Do in Calgary, AB

When it comes to “things to do” in Calgary, where do we begin? Whether you’re a family, a newly engaged couple, or a single person looking to have fun—there’s plenty of options available. Some of the most popular places to visit in Calgary include:

While there’s an endless selection of places to explore in the city, Calgary is known for what just lies beyond the city streets. The Rocky Mountains are right out of the city and there’s plenty of outdoor activity to be had. Some of the most popular destinations in the Rocky Mountains include Banff and Lake Louise. Having easy access to some of Canada’s finest wilderness is a major benefit of living in Calgary.

There are also dozens of National parks within driving distance of Calgary including the Banff, Kananaskis Country, Waterton Lakes, and Yoho National Parks. You can spend a full day or even several days exploring just one park while enjoying mountain climbing, hiking, biking trails, or any other outdoor activities

While there are amazing places to explore outside of the city, there are many open spaces in Calgary itself. Parks and greenbelts that offer a variety of activities for locals and tourists alike are plentiful. The Bow River is a great place to go for a walk or jog while enjoying the lush greenery and natural scenery around you. There are also many community green spaces in Calgary that offer more intimate settings for families and friends to have fun in.

Thinking of moving to and living in Calgary?

Ultimately, you can’t go wrong with moving to and living in Calgary, Alberta. It’s a great city with plenty to offer. You’ll have no problem finding an apartment or house that’s within your budget, and there are also many options for schools and jobs available when you’re ready to get started!

Calgary is a place that you can get lost in, a place where you will never be bored and always have something new to do. No matter where you want to go, Calgary will have it. There’s no “off-season” in this city because there is always something going on, somewhere you! want to go.

Are you ready to make the move to Calgary, Alberta? If so, Sparta Movers are here to help! We’re proud of our roots in Calgary and we’d love to welcome new residents like you. If you have any questions about moving to Calgary, don’t hesitate to contact us today.