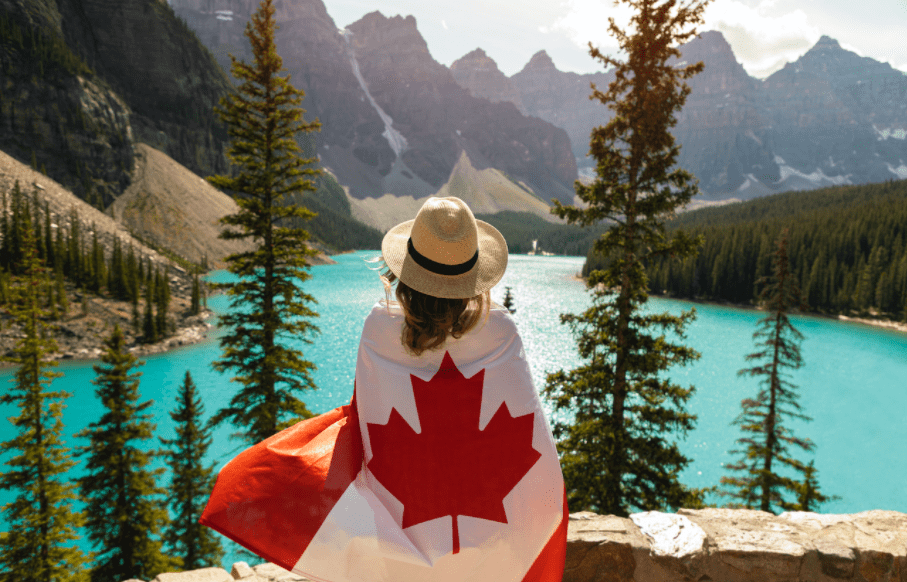 Alberta is nestled between the famed Canadian Rocky Mountains and has miles of coniferous, lush green forests. If you are moving to Alberta, rest assured—you are in for a treat.

There is no shortage of picturesque landscapes here with the Rockies inviting the residents to have a good time along its mountain bike trails and hikes. Sitting by the Rockies, the Moraine Lake is a thing of beauty during winters when it freezes with the Rockies decorated with a layer of snow in the backdrop.

Alberta’s weather is mostly pleasant and has the highest number of sunny days of any province with 312 sunny days a year. However, the temperatures during the winter can drop to as low as -30°C to -40°C.

You should begin your address changing process at least 2 weeks before your move to Alberta. No doing so can bring on complications regarding your mail and your service providers. To facilitate this process, use the complete checklist for changes of address in Alberta.

Get your Alberta ID Card

Getting an ID Card should be at the top of your Moving to Alberta checklist. An individual legally permitted to live in Canada, can make an application for an ID Card. The card is valid for 5 years from the date of issue.

To be eligible to apply, you must be:

Visit an authorized registry agent to obtain an ID Card. If you are unable to visit a registry agent, you can apply for your ID Card by filling out an ID Card Application.

Find a Job in Alberta

Where and how to find a job in Alberta?

These websites will help you find listings for Alberta jobs:

Any Canadian citizen or permanent resident can access the province’s public and free healthcare system. It is considered one of the best healthcare systems in all of Canada. If you’re coming from another country and are not a Permanent Resident or Canadian Citizen, it is highly recommended to purchase private health insurance upon your arrival.

Alberta Health Care if moving from within Canada

If you are moving from another province in Canada and intend to live here for 12 months or more, you must apply for AHCIP within 3 months of obtaining your Alberta residency.

In the meantime, you may continue to use the health card issued by your previous province for availing insured health benefits.

Alberta Health Care if moving from outside Canada

Immigrants and other individuals returning or moving to Alberta from another country may become eligible for AHCIP coverage from the date they establish residency in Alberta.

Alberta Health Care if moving to Alberta for work temporarily

Individuals coming to work temporarily can apply for AHCIP provided they intend to stay for 12 or more consecutive months and have the necessary Canada entry documents, like:

What is Alberta NetCare and how to use it?

Residents can access their medications, lab results, and immunizations on MyHealth Records.

Funded by the provincial government, the province’s education system is one of the best not just in Canada, but across the globe. The Ministry of Education has delegated the system to 379 school authorities to regulate Alberta’s schools. On the other hand, The province’s higher education is administered by Alberta Advanced Education.

How to register your child for school in Alberta?

The Calgary Board of Education has several regular programs that you can enroll a child in at a designated school. You may choose to enroll your child in an alternative program if you believe that will serve his or her needs best.

Temporary residents such as visitors, students, Canadians from another province working temporarily, or temporary foreign workers under the Seasonal Agricultural Worker Program cannot obtain an Alberta driver’s license since they do not plan on living here permanently.

Individuals with a driver’s license from their home jurisdiction may continue to use it for up to 1 year provided it is equal to or higher than a Class 5. It is highly recommended that if your driver’s license is in any language but English, you carry an International Driver’s Permit (IDP) as well.

Canadians from other provinces living here temporarily may use their provincial driver’s license provided they live in their home province for 6 or more months each year.

Newcomers must exchange their current driver’s license for an Alberta license beyond 90 days. They will need to pass a written knowledge and driving test unless they belong to certain specified countries.

Prepare for Weather in Alberta

It’s quite common for it to snow as early as September or until as late as June. Daytime temperatures usually hover around -5°C to -15°C, but do drop to -30°C or -40°C for short periods. Be sure to check snow shoveling policies and bylaws for your city—non-compliance could attract a fine. If you’re planning on moving to Alberta during the winter, here are some of the top reasons you should get into your new home during the colder months.

Set up Utilities in Alberta

Electricity in Alberta is mostly powered from fossil fuels. The electricity is then sold to retailers such as ENMAX and ATCO, which are considered as the top electricity providers in Alberta.

The First Activities you should do after moving to Alberta

Countless adventures await you upon your arrival. As a starting point, hit Moraine Lake and Lake Louise. Explore the gorgeous Athabasca Falls or the Icefields Parkway and Columbia Icefield Glacier Adventure. You will never run out of adventures here.

Moving to Alberta is a decision that will expose you to a vibrant, prosperous community. If you’re moving to Alberta, you’re going to want a trusted mover. Sparta Movers was named one of the best movers in Calgary by MovingWaldo in 2021.