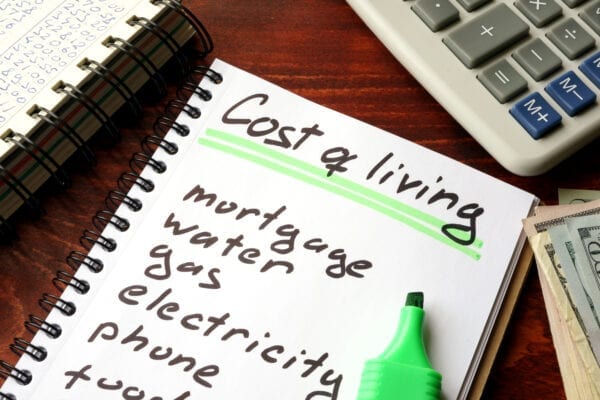 The cost of living index for Calgary is 69.85, which is lower than Canada’s average. Calgary has a similar cost of living to other major Canadian cities, including Toronto and Vancouver. The price of housing, in particular, tends to fluctuate depending on the health of the local economy.

The average salary in Calgary is around $67,000 per year. This is what the typical salary looks likes including housing, transportation and benefits. Keep in mind that salaries across different careers vary greatly. Salaries in Calgary can range from $31,900 CAD per year to $563,000 CAD per year, and above. 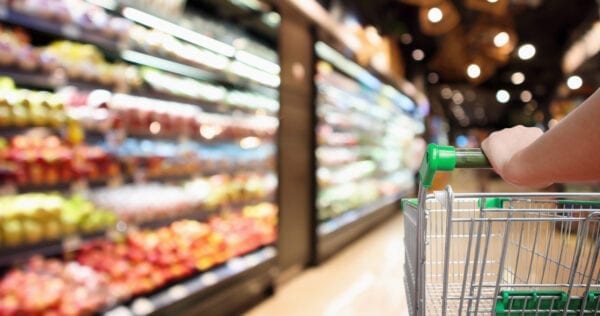 Cost of Groceries, Food, Gas, and Household Items in Calgary

In order to get an understanding of the cost of living is in Calgary, we must compare some consumer prices. Below are some costs for common living expenses in the city:

Affordability of Calgary Compared to Other Cities Across the World

A global study from Online Mortgage Advisor of England claims that Calgary is the most affordable city in which to buy a home in the world. It determined that while many cities have become more expensive to live in, Calgary has become more affordable. For example, the average Calgarian is now able to afford 60.3 more square feet than in 2016; making it the city that has seen the largest increase in the number of square feet affordable to the average resident.

Affordability of Calgary Compared to Other Canadian Cities

Although the cost of living in Calgary ranks well globally, the city falls under the most expensive cities in Canada. The 2020 Mercer Cost of Living Survey put Calgary in 146th place out of 209 surveyed cities, making it the fourth most expensive Canadian city. The survey determined the cost of living in each city based on a number of factors such as housing, transportation, food, clothing, household goods and entertainment. Still, Calgary is cheaper to live in than Toronto and Vancouver, which were ranked first and third most expensive cities respectively.

Low taxes are a big draw for people who want to live in Calgary. The Alberta government has the lowest income tax rates in Canada, meaning that residents enjoy a high standard of living and pay lower taxes than those who live elsewhere. For example, the sales tax in Alberta is 5%, which is lower than any other province in Canada. So, taxes definitely play a key part in shaping the cost of living in Calgary. 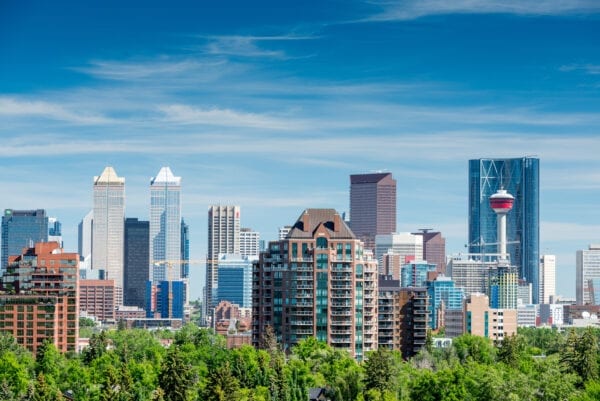 Many people rent in Calgary. In fact, according to a recent study by the Canadian Mortgage and Housing Corporation (CMHC), approximately two-thirds of households in Calgary are rented. That’s higher than the national average!

The average rent for a two-bedroom apartment in Calgary is roughly $1,000 per month. While this may seem like a lot of money, there are many affordable apartments available if you know where to look. For example, Bridgeland offers numerous cheap apartments with one and two bedrooms starting at only $500-$750.

The average house price in Calgary is currently $441,000. The housing market experienced a 1.4% decline in prices over the last year, though recent upward price movement might change this trend. The sales prices of housing vary greatly depending on your neighbourhood in Calgary. For example, two of the most popular neighbourhoods in Calgary, Elboya and Whitehorn, have average sale prices of $517,000 and $298,000 respectively.

Childcare is often the most expensive part of raising a family, so government-subsidized programs are very positive for families in Calgary. The Child Care Subsidy of Alberta is a useful resource to determine what financial aid you may receive.

The average cost of full-time daycare in Calgary ranges from $1000 to $1300 per month depending on your area and how many hours your child attends during the week. To learn more about some of the great childcare options in the city, check out our article on this very topic.

Like the majority of Canada, public schools in Calgary is free.

Calgary has some of the highest-ranked primary and secondary schools in the country. It is also the home of the noted University of Calgary, which provides undergraduate degrees courses, as well as graduate degree programs and continuing education. The cost of university and college can vary depending on what you’re going to school for, but there are government and private scholarships available as well.

Prices for entertainment in Calgary are similar to other large Canadian cities like Toronto. Although Calgary is known for its annual Stampede, the city harbours many forms of arts and culture. Here are a few general entertainment costs in Calgary, Alberta:

Another cost of living in Calgary that may impact your budget significantly is transportation. Car insurance in Calgary averages $105 per month. Vehicle ownership can be a costly prospect, but if you don’t have a car, the only other option is public transit. Calgary has a decent public transit system with numerous buses, trains and C-Trains but they all come at a cost as well. The cheapest way to travel is by bus and it will cost you $3.50 for a single-use ticket.

Calgarians have access to the best doctors and specialists in the country, as well as high-quality medication. You can also receive private insurance for services and medication not included in this plan or while you’re waiting for your health card. This process might take up to three months, depending on the circumstances. If you’re not registered for AHCIP, a visit with a doctor can run you upwards of $100.

Can You Afford Living in Calgary?

There are many ways to calculate if Calgary is affordable, but experience is the best teacher. It’s worth taking time to check out different areas of the city and how much they cost when you’re looking for a place to call home. Also remember that if you find yourself struggling to make rent on time, several government programs can help.

Ultimately, people who earn an average income here can easily live very well indeed with high standards of living that would seem luxurious if they lived anywhere else. The cost of living in Calgary is lower than in many other cities, whether we’re talking about the cost of housing or the price of food and other expenses.

Although it’s true that you need to earn a good salary if you wish to live well in Calgary, this is still a very livable city for people with ordinary incomes – whether they work in trades or professions, retail businesses or office jobs. You don’t have to be rich to live well here.