PROS & CONS OF LIVING IN ALBERTA VS BC

PROS & CONS OF LIVING IN ALBERTA VS BC

PROS & CONS OF LIVING IN ALBERTA Vs BC 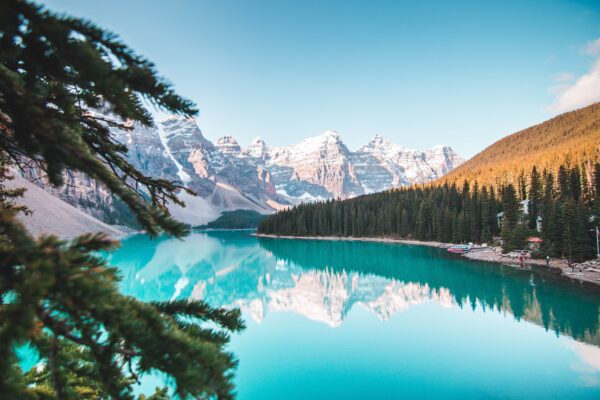 The pros and cons of living in Alberta vs British Columbia are often debated among people.

Both of these western provinces offer some of Canada’s most stunning landscapes and high quality of life. So, it’s often hard to compare the two when each province offers so many features.

That being said, today we will explore some of the key points of Alberta and BC. Hopefully, by the end of this article, you will have a better idea of which province is right for you!

Quick Rundown of Alberta and BC

Before getting into the specifics, let’s do a quick overview of each province.

Alberta is located in Western Canada and is known for its oil and gas industry, as well as its beautiful Rocky Mountains. The province has a population of 4.3 million people and the capital city is Edmonton.

British Columbia is also located in Western Canada and is known for its stunning natural scenery, as well as its booming tech industry. The province has a population of around 5 million people and the capital city is Victoria.

Now that we have a general idea of each province, let’s explore the pros and cons of living in Alberta vs BC!

Cost of Living: Alberta vs BC

The cost of living is often one of the key factors that people consider when deciding where to live.

So, if you’re looking to save money on living costs, then Alberta is definitely the place for you.

It’s important to note that Alberta has other advantages over BC when it comes to the cost of living. One of these advantages is that there is no provincial sales tax in Alberta. This means that you’ll save money on every purchase you make!

Simply put, Alberta is a more affordable place to live when compared to BC.

Quality of Life: Alberta vs BC

When it comes to the quality of life, both provinces are incredibly diverse.

Alberta is known for its beautiful Rocky Mountains and wide-open spaces. If you’re looking for a rural lifestyle with plenty of space, then Alberta is definitely the province for you. The province is also home to some of Canada’s best universities, including the University of Alberta and the University of Calgary.

BC is better-known for its world-renowned ski resorts, as well as beautiful forests and lakes. If you’re looking for an active lifestyle with plenty of outdoor activities, then BC is definitely the place for you. The province is also home to some of Canada’s best universities, including the University of British Columbia and Simon Fraser University. BC also has a strong economy and is home to many high-tech companies.

So, which province is right for you? It really depends on your individual lifestyle and preferences!

Weather: Alberta vs BC

Another key factor to consider when deciding between BC and Alberta is the weather.

Alberta is notorious for its cold winters, with temperatures often dropping below -30 degrees Celsius. If you’re not used to cold weather, then Alberta may not be the right place for you.

However, the summers in Alberta are very warm and sunny, so you’ll be able to enjoy the outdoors for a good portion of the year.

In contrast, BC has a more moderate climate, with milder winters and cooler summers. This can be seen as an advantage or disadvantage, depending on your preferences. Some people may find the weather in BC more pleasant, while others may actually prefer the extreme seasons in Alberta.

So, which province has the better weather? Again, it really depends on your personal preferences!

City Living: Alberta vs BC

City life is one of the most important factors people consider when choosing a place to live. Both Alberta and BC offer great city living options, and each has its own unique benefits.

Let’s take a look at some of the most popular cities in Alberta and BC:

Edmonton is the capital city of Alberta and offers a wealth of activities and attractions for residents and visitors alike. From its vibrant arts and culture scene to its world-renowned festivals, Edmonton has something to offer everyone. The city is also home to some of Canada’s top employers, making it an ideal place to live and work.

Calgary is one of Canada’s most vibrant and dynamic cities. It’s home to a diverse range of people and businesses and offers an incredible array of amenities and activities. From its world-class shopping and dining to its many parks and recreation facilities, Calgary has something for everyone.

Vancouver is one of the most beautiful and liveable cities in the world. It’s surrounded by ocean, mountains, rainforest and offers a wealth of activities and attractions for residents and visitors alike. From its world-class shopping and dining to its many parks and recreation facilities, Vancouver is an amazing place to live.

Victoria is the capital city of British Columbia and is known for its beautiful architecture, scenic views, and vibrant arts and culture scene. The city is situated on Vancouver Island and offers a more laid-back lifestyle than some of the other larger cities in BC. With access to plenty of outdoor activities and a moderate climate, Victoria is a great place to call home.

Which of these popular cities sounds more appealing to you?

Both Alberta and BC have great city living options, each with its own unique benefits. No matter which city you choose, you’re sure to enjoy all that it has to offer.

Nature: Alberta vs BC

This is a common debate that often comes up, and it can be tough to decide which province has more natural beauty. Residents of both provinces are lucky to live in some of the most stunning scenery in the country.

Alberta is home to the beautiful Rocky Mountains and Jasper National Park. There are also numerous lakes and rivers throughout the province that offer great opportunities for fishing, canoeing, kayaking, and swimming.

British Columbia is known for its lush forests and coastal scenery. The province has more than 25,000 kilometres of coastline, making it a great place for all kinds of water activities. There are also many mountains and hiking trails to explore.

In terms of which province has more to offer in terms of nature, we think BC may come up just slightly ahead. However, Alberta has many iconic natural landmarks that are sure to impress anyone who lives there.

Which province is best for you?

There are a lot of factors to consider when trying to answer this question. Ultimately, the answer comes down to what you value most and what your priorities are.

Pros & Cons of Living in Alberta vs BC

Here’s a brief summary of the pros and cons of living in each province to help you make a more informed decision.

Alberta and BC have tonnes to offer residents, so whichever you choose, you’re sure to be happy with your decision!

Are you moving to Alberta or BC?

Sparta Movers are here to help you make the move! We provide quality moving services to and from both provinces so that we can help you make the transition as smooth as possible. Contact us today for a free quote!